This year we are celebrating International Yoga Day on 17th June 2018, Sunday.

We will practice Surya Namaskara, different breathing patterns and exercises which is helpful for each & every individual.

International Yoga Day is observed every year on June 21 since its inception in the year 2015. Yoga itself is a very old practice that is followed in India since time immemorial. Its origin can be traced back to Lord Shiva, who is also called the Adi Yogi (first guru) and is known as the teacher to all the yogis in the world. However, today the need for a nation that practices yoga on a day-to-day basis was felt by the Prime Minister of India, Narendra Modi, himself.

The idea to observe June 21 as Yoga Day was first proposed by the Prime Minister during his speech at the United Nations General Assembly in September 2014.

Modi proposed this date as it is the longest day in a year in northern hemisphere (while being shortest in the southern hemisphere). The day is known as summer solstice and has special significance from the perspective of yoga. Summer solstice is known to mark a transition to Dakshinaya. This transition is considered supportive to yoga practitioners as Dakshinayana is considered as a period of natural support to spiritual practices. Post the summer solstice, the first full moon is known as Guru Poornima.

“For us in India, respect for nature is an integral part of spiritualism. We treat nature’s bounties as sacred. Yoga is an invaluable gift of India’s ancient tradition. Yoga embodies the unity of mind and body; thought and action; restraint and fulfillment; harmony between man and nature; a holistic approach to health and well being. It is not about exercise but to discover the sense of oneness with yourself, the world and the nature. By changing our lifestyle and creating consciousness, it can help us deal with climate change and in bettering our well being. Let us work towards adopting an International Yoga Day.”

Besides this, it is also believed that Lord Shiva started imparting the knowledge of yoga to the rest of humanity on this very day. It was the day when he became the Adi Guru (first guru) of yoga.

Yoga has many health benefits. It is adopted to fulfill the following objectives:

Leave your thought Click here to cancel the reply 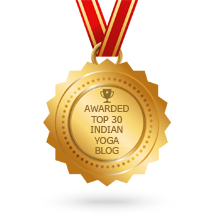